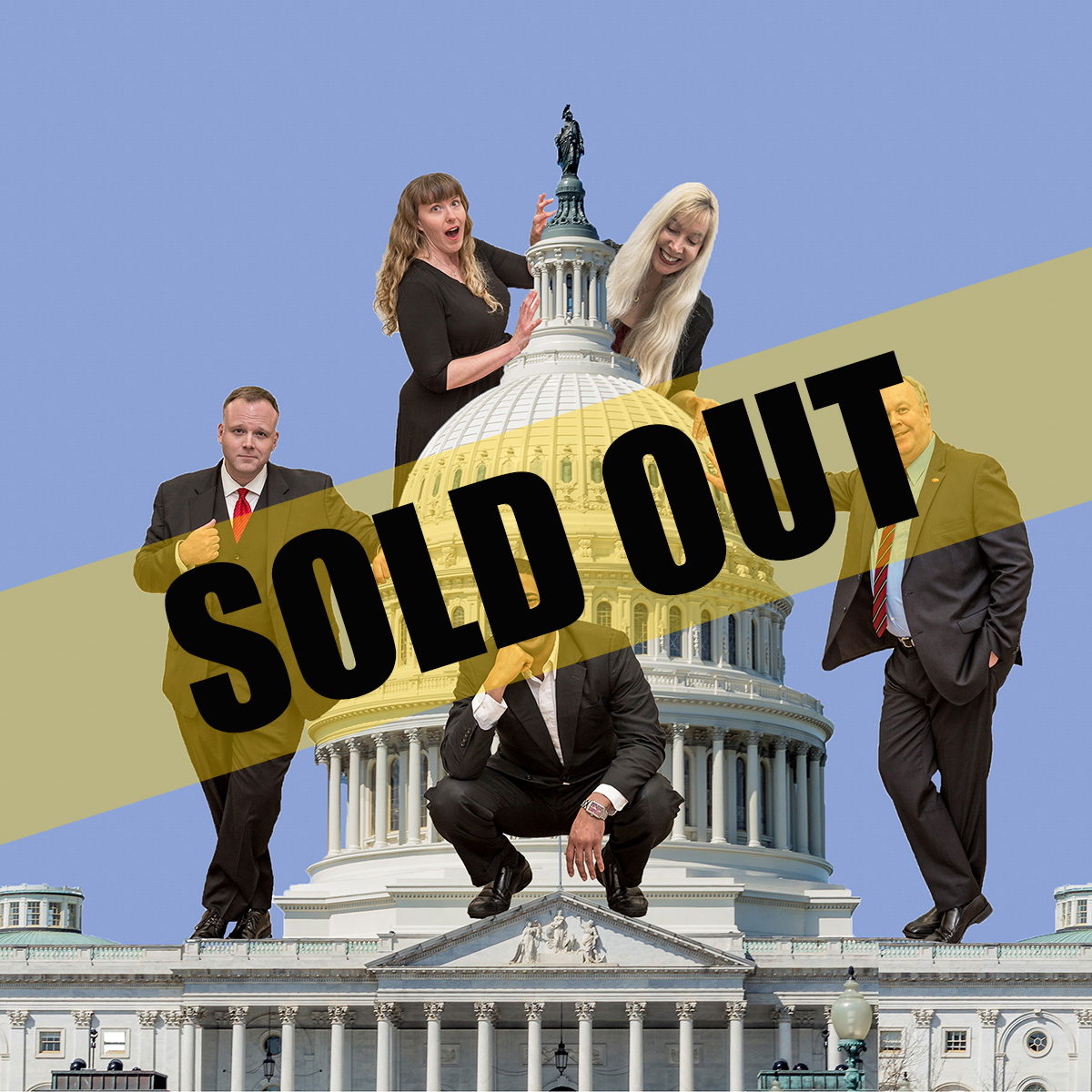 THANKS TO ALL OF OUR SUPPORTERS FOR SELLING OUT THIS EVENT!

The Capitol Steps began as a group of Senate staffers who set out to satirize the very people and places that employed them. In the years that followed, many of the Steps ignored the conventional wisdom (“Don’t quit your day job!”), and although not all of the current members of the Steps are former Capitol Hill staffers, taken together the performers have worked in a total of eighteen Congressional offices and represent 62 years of collective House and Senate staff experience.