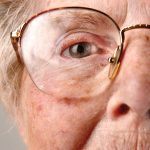 Carol Silver Elliott is the president and CEO of the Jewish Home Family, located in northern New Jersey. 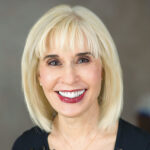 Silver Elliott began her career in acute care, serving strategic roles in marketing, planning, and public relations. Entering the world of older adult services in 2007, she immediately became involved on both a state and national level. She serves on the board of the Association of Jewish Aging Services and served as chair of the board from 2013–2015. She was a board member of LeadingAge Ohio and joined the board of LeadingAge New Jersey in 2015. She is also a member of the board of the Visiting Nurse Association of Central New Jersey. In 2012 Silver Elliott joined the board of LeadingAge, the organization that represents nonprofit senior care providers around the country, and currently serves as chair.

Passionate about elder abuse prevention, Silver Elliott was instrumental in founding the Shalom Center at Cedar Village in 2010 and in developing Senior Haven at the Jewish Home in 2015. She is the recipient of numerous state and national awards for innovation and leadership and has spoken at conferences both around the country and internationally. Her biweekly blogs in The Times of Israel have been published continuously since 2015.

On March 16 at 3:00 p.m. we will honor PSRC social workers, David Roussell and Nicole Maccarone. Join us in celebrating World Social Work Day and find out how our social work team can assist you and your family.

In June 2020, PSRC began holding monthly meetings to discuss elder justice issues. Throughout the year there were speakers from a variety of agencies, universities and legal disciplines that provided attendees information on how elder abuse is handled in NJ. On February 16 at 3:00 p.m. we will do a recap, with a focus on elder abuse prevention. To get our conversation started, here are some prevention measures from the National Center on Elder Abuse.

How can elder abuse be prevented?
Educating seniors, professionals, caregivers, and the public on abuse is critical to prevention. If you’re an older adult, you can stay safe by:

• Taking care of your health.
• Seeking professional help for drug, alcohol, and depression concerns and urging family members to get help for these problems.
• Attending support groups for spouses and learning about domestic violence services.
• Planning for your own future. With a power of attorney or a living will, you can address health care decisions now to avoid confusion and family problems later. Seek independent advice from someone you trust before signing any documents.
• Staying active in the community and connected with friends and family. This will decrease social isolation, which has been connected to elder abuse.
• Posting and opening your own mail.
• Not giving personal information over the phone.
• Using direct deposit for all checks.
• Having your own phone.
• Reviewing your will periodically.
• Knowing your rights. If you engage the services of a paid or family caregiver, you have the right to voice your preferences and concerns. If you live in a nursing home, call your Long Term Care Ombudsman. The ombudsman is your advocate and has the power to intervene.

Historically, MFCU actions centered on financial exploitation cases, but in 2017, as reports of caregiver assaults on the elderly rose nationwide, the office turned greater attention to the physical abuse of elderly or incapacitated patients. Last year, the MFCU enhanced its efforts to address the problem of elder abuse in New Jersey by establishing a state-wide “Elder Protection Task Force.” Under the auspices of the MFCU, this multi-agency group meets quarterly to share information about elder abuse, coordinate responses to reports of elder abuse incidents in the state, collaborate on investigations, and raise public awareness of the problem.

About the EPTF: In 2018, the Elder Protection Task Force (“EPTF”) was launched by the New Jersey Medicaid Fraud Control Unit. The EPTF investigates allegations of financial exploitation, abuse, and/or neglect of elderly and incapacitated adults receiving Medicaid benefits from the State of New Jersey. Examples of the types of cases the EPTF investigates and prosecutes include physical abuse, domestic violence, neglect or isolation, financial abuse, sexual abuse, identity theft, institutional abuse and neglect, and cons and scams.

Speaker: Detective Danielle M. Han is currently assigned to the Medicaid Fraud Control Unit of the New Jersey Division of Criminal Justice-Office of the Insurance Fraud Prosecutor. She has been with the Division for nearly twenty-two years, investigating Medicaid Fraud for over sixteen years. Detective Han has also been assigned to the Money Laundering Section and holds a Master’s Degree in Criminal Justice from the Rutgers School of Criminal Justice. Over the past few years, Detective Han has been focusing on elder abuse cases, particularly financial exploitation matters. Throughout the course of these investigations, Detective Han has developed successful working relationships with various state agencies, including the Office the Public Guardian, the Office of the Ombudsman for the Institutionalized Elderly, and the various county Offices of Adult Protective Services.

The New Jersey Long Term Care Ombudsman is part of a national resident-focused, person-centered advocacy program, authorized by the federal Older American’s Act.
The NJLTCO advocates for residents of long-term care facilities who are over the age of sixty by investigating and resolving complaints made by or on behalf of those residents.
Under federal law and state law, the Ombudsman’s Office:
Presenter: Laurie Facciarossa Brewer
Laurie Facciarossa Brewer was named the New Jersey Long-Term Care Ombudsman by Governor Phil Murphy in March 2019. In this capacity, she heads the NJ Office of the State Long-Term Care Ombudsman.

What’s in a name? Elder justice, social justice, and human rights demystified
Often, we hear terms like social justice, human rights, and elder justice used interchangeably and without any clear differentiation amongst them. Are they really the same? It can be overwhelming at times to sift through all of the information out there about these words and feel comfortable engaging with others in conversations about them. Let’s explore these terms as a group and talk about their differences and interconnectedness, as well as the usefulness in understanding these topics better in our efforts to follow through on the action items laid out in the Elder Justice Roadmap.
Colleen Beach is a licensed social worker and specialist professor in the School of Social Work at Monmouth University, in West Long Branch, New Jersey. She earned her Masters in Social Work (MSW) with a concentration in international and community development from Monmouth University.

This presentation will discuss the statutory underpinnings and need for the program; mission, duties, and philosophy of service; how the office addresses elder financial exploitation; and challenges presented by Covid-19.
Helen C. Dodick received her J.D. from Temple Law School in Philadelphia and her Bachelor of Arts from the University of Pennsylvania. She has been serving as public guardian for elderly adults since 2009. In the course of her career, she has represented elderly and disabled clients and their families in many capacities, including counselor, court-appointed fiduciary, and manager of federally funded advocacy programs for individuals with mental illness and developmental disabilities.
The Office of the Public Guardian for Elderly Adults becomes involved in the lives of incapacitated seniors throughout the state during times of personal crisis or instability. In all cases, there has been a determination that there is no willing or appropriate family member or friend to assist the senior.

The Princeton Senior Resource Center (PSRC) is committed to elder justice in our community. “We don’t want to think that someone would abuse or neglect an elderly person, but unfortunately it happens far more often than we may realize. Awareness of an issue is the key to preventing further harm to our most vulnerable. The upcoming PSRC events will educate us and remind us of what to do if we suspect abuse or have been the unfortunate victim of abuse or neglect,” says Sharon Hurley, PSRC director of social services.

During the month of June, PSRC is focusing on elder justice and the work of WEAAD by hosting several programs that will educate and strengthen social support in the wider Princeton community.

A recent study found that up to one million older Americans may be targeted yearly for elder abuse. This same study indicates that family members and caregivers are the culprits in 55% of all cases. Even so, this number, and the percentage of cases involving family members, is considered greatly understated by those on the front lines of this issue: social workers and medical and legal professionals.

Astonishingly, our local authorities are less than aggressive in addressing cases of elder abuse. Some do not have the interest, others do not have the staff or money to be effective, still others believe there are more pressing issues to resolve. Yet the number of cases climbs yearly, real people in our neighborhoods and towns are seriously hurt, suffer and live their remaining years in emotional and physical pain.

This program will address the issue of elder abuse, particularly by family members, as seen through the eyes of an elder law attorney who has “boots on the ground.” We will discuss the government authorities that confront this issue and where they fall short, as well as what we, as citizens, can do to protect seniors from falling prey.

Mr. Shanahan received his Juris Doctorate Degree from the Temple University School of Law in 1985, and obtained licensure in New Jersey in the same year. He received a Bachelor of Arts degree in History in 1981 from William Paterson University, with honors. Robert is a member and past president of the Hunterdon County Bar Association, and is a member of its elder law committee. He is also active in the National Academy of Elder Law Attorneys and its New Jersey Chapter. He is pro bono counsel for Volunteer Guardianship One on One, in Flemington, New Jersey, and a former president. Bob was named as a Super Lawyer in 2020.

ABOUT THE FORUM SPEAKERS

Kurt Baker is a certified financial planner professional and accredited investment fiduciary with Certified Wealth Management & Investment, an independent Registered Investment Advisory firm. In 1978 he received a congressional appointment to attend the United States Merchant Marine Academy and graduated with a BS in Marine Engineering. In 1983 he created a real estate investment partnership beginning a long and diverse career in financial services. As a fiduciary financial advisor, he specializes in partnering with individuals and small business owners fifty and older to prepare for and enjoy a successful retirement. After the loss of his beloved son Kenny at nineteen to anxiety and depression in 2009 he co-founded Attitudes In Reverse®, a national nonprofit focusing on youth mental health awareness and suicide prevention. He is a U.S. masters swimmer, past chair of the Princeton Regional Chamber of Commerce’s Plainsboro business partnership and host of the weekly radio show, Master Your Finances.

The Bayard Rustin Center for Social Justice, located on 21 Wiggins St. in Princeton, NJ, is an educational enclave, community activist center, and safe-space for our LGBTQIA kids, our intersectional families, and all our beautifully diverse folks, connecting our disparate communities, both locally and nationally. Currently the center’s virtual headquarters broadcasts a 7:00 p.m. nightly Social Justice Power Hour on the BRCSJ Facebook page with information, inspiration, and entertainment, a solace to many during this challenging time.

Carol Watchler is a retired high school educator who continues to work for a safe and welcoming climate in schools and communities across the spectrum of diversity issues. She is committed to advocacy and activism for social justice through her efforts as a board member and the community outreach coordinator for Bayard Rustin Center for Social Justice. Carol has been a leader on sexual orientation and gender identity issues in the New Jersey Education Association and the National Education Association working with school districts and community groups throughout the state to achieve respect and equity for LGBTQ persons.